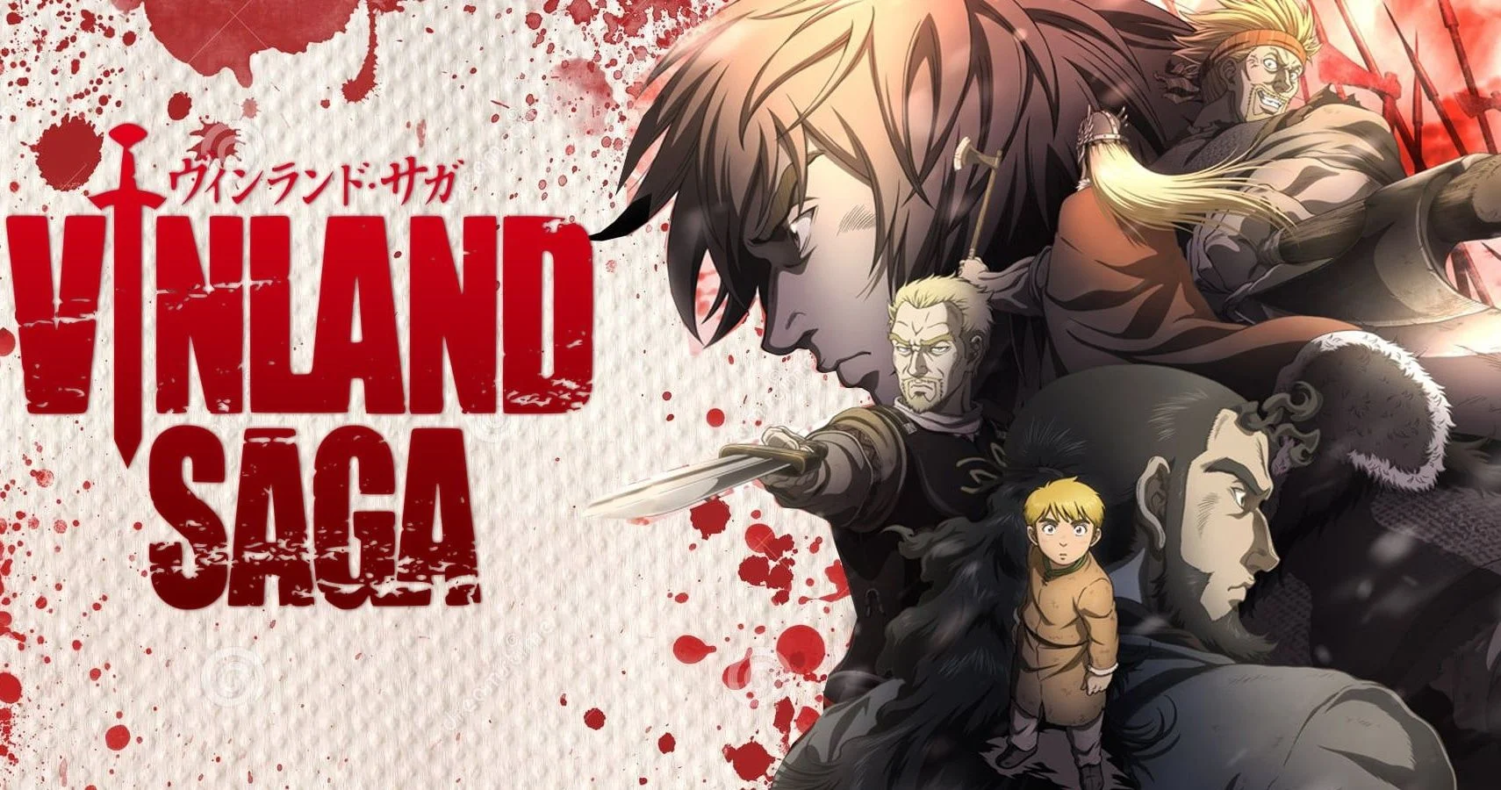 Despite its name Vinland Saga, a name of a region in Newfoundland, the first season is mainly set in the early 11th century in the North Sea region during a war between Denmark and England that would form the North Sea Empire. The majority of the main characters are based on actual historical figures and like many sagas written and told by the Vikings, they’re sometimes exaggerated or mythicized to an effect.

The story of season one follows a young boy named Thorfinn, son of Thors, not the Chris Hemsworth one, who tragically lost his father to a pirate named Askeladd in a dishonorable fight. Thorfinn is dead set on revenge and vows to kill Askeladd in an honorable Viking duel while traveling along with his pirate company, training and plundering across the North Sea.

Even though what I’ve described is relatively tame for a show, it became more than just a revenge story. This plotline isn’t actually the main show for at least two-third of the twenty-four episodes season, instead, it’s on the back burner that nicely intermingles with the historical plotlines that involve the main antagonists.

The main protagonist, Thorfinn, is a really badass character with a tragic story, starting from an innocent kid to a skilled and agile warrior full of rage for 11 years traveling with the Askeladd pirate company in hope of dueling Askeladd himself but fails every time. However, Thorfinn remains the same unchanging character until the very end of the season, spouting similar dialogue about revenge and his goals that remains largely unaffected by the main historical plotline.

Personally, it doesn’t bother me that Thorfinn remained the same hell-bent character focused on a singular goal while having the war as its backdrop since the show compromised it with other characters that are more developed. It doesn’t make him less interesting, just less nuanced in the grand scheme of things. Season one is a prologue before his full character development and journey to Vinland, according to the original manga, and season two and so forth would be his complete evolution and growth as a character.

The main ‘antagonist’ Askeladd, surprisingly, is the focus of the entire season. His story subtly drops hints and context about his character through his dynamic through Thorfinn and the situations around them. He’s written in a way that’s comical and cunning as a twirling mustache villain but also wise and introspective that he’s one of the complex and engaging antagonists there is.

Vinland Saga’s art style follows similarly in Attack on Titans with basic and grim color tones along with simplified shapes and textures drawn on frames. Sometimes there are certain characters that will have vibrant or exaggerated shapes to their design to help them stand out, but it’s far and in between.

Like the Viking Era, there’s a lot of action scenes in this show and it’s animated just as fluidly as the Attack on Titan action scenes. It doesn’t skimp out or drag on for too long in a single fight, there is also not a whole lot of CGI, and it’s hardly noticeable. Fight scenes become more scarce as the show progresses especially in the latter half where it starts to build up towards the moment.

The only time I can see this drag for some people is when there’s actually a lack of action in the second half of the show. There would be so much talking between characters in one scene and the scene following that could dull someone out. But for me, they’re what gives characters some development and personality when they periodically discuss Christianity, love, revenge, life, and many other things that fit the time period especially when we’re following Norse characters. It simply follows characters into actions rather than following historical events to reveal character.

One small minor strife during viewing is the language obstacle when all the characters speak Japanese while trying to say that they’re speaking a different language. During one filler episode, Thorfinn is communicating with the French soldiers in Japanese, but the French were confused by him talking in Norse despite both talking in Japanese. At first, I thought it was a one-time thing, but then it happened again in major episodes that made the scenario more confusing than the last especially when confronting the Welsh and the Anglo-Saxon people.

If you like historical time periods and bloody fights between Vikings and the Anglo-Saxons, then Vinland Saga can satisfy that need as brutally, swiftly, and accurately as possible. It doesn’t hold back on showing the cruelty of the Vikings as well as their humanity and strong resolve. Vinland Saga is a show that can be generally enjoyed by everyone as it doesn’t adhere to many anime tropes such as fillers, unreasonably long fights, or oblivious main characters, it simply feels just right.