Initially, I didn’t have any expectations for this show as I never played the game, League of Legends. My furthest knowledge of League is basically that the community is toxic, very competitive, and nearly nothing of the lore itself. But upon realizing it was an origin story and is animated, I had to give it a whirl. 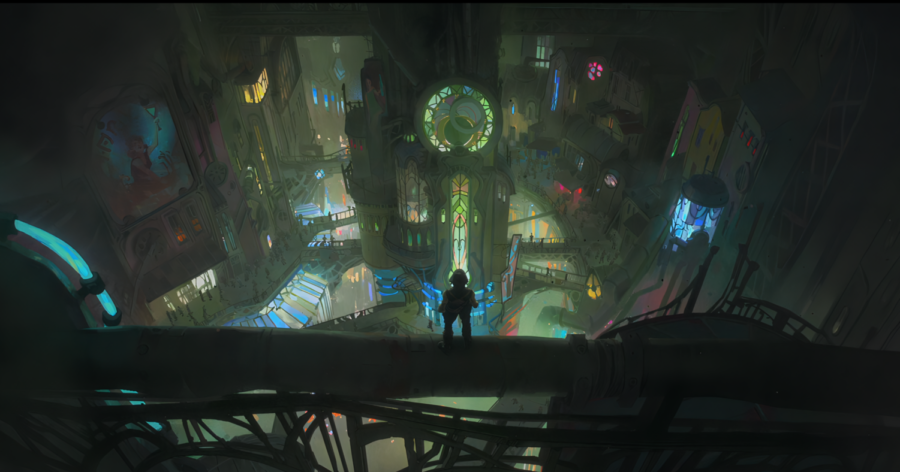 Animation and art style are quite stellar and subtly expressive in their detailing from smiling to the clockwork of machinery. It takes the 3D form of Disney’s What If…? show and mashed them up with lots of 2D hand-drawn, water painting aesthetics to it. From characters to open views of the city of Piltover, it’s aesthetically pleasing that every scene could be your background art.

The art direction and themes are mature that it isn’t targeted for children but not grim enough that it kills the fun factor. There’s a wide variety of locations and color palette that never becomes dull to view and it can be vibrant, lively, and comical.

Arcane features lots of well-choreographed fights that are stylish and brutal at the same time. The fights in the first three episodes, or the first act, are very surprisingly violent and gritty especially since the fights are between kids and adults. If you’re sensitive, for any reason, you will shy away for a good three minutes or so. Fights in the second and third act, episode four to nine, is where the fights become more stylized, flashy, and gnarly. Each fight holds no bar in feeling its fluid impact from its punches and actually does feel real and purposeful to the story, whether small or large, short or long.

Music scores on their own are pretty great if it was in a contemporary and modern setting since the majority of the songs are rap and electronics from famous music artists such as Imagine Dragons, Bea Miller, Denzel Curry, and many others, which very much contrasts the steampunk aesthetics. Personally, I like EDM and rap but in this type of steampunk setting, it weirdly works and at the same time it doesn’t. The way it works best is when there are lots of vibrant rave-like colors in the scene but doesn’t when it’s an emotional scene..

Out of the League of Legend 150+ characters roster, there are five featured main characters that get adamant screen time throughout, those are Vi, Jinx, Jayce, Caitlyn, and Viktor. There are other in-game characters such as Singed and Heimerdinger but they are more reserved to a supporting character that has a fair amount of screen time so that they don’t oversaturate their role. 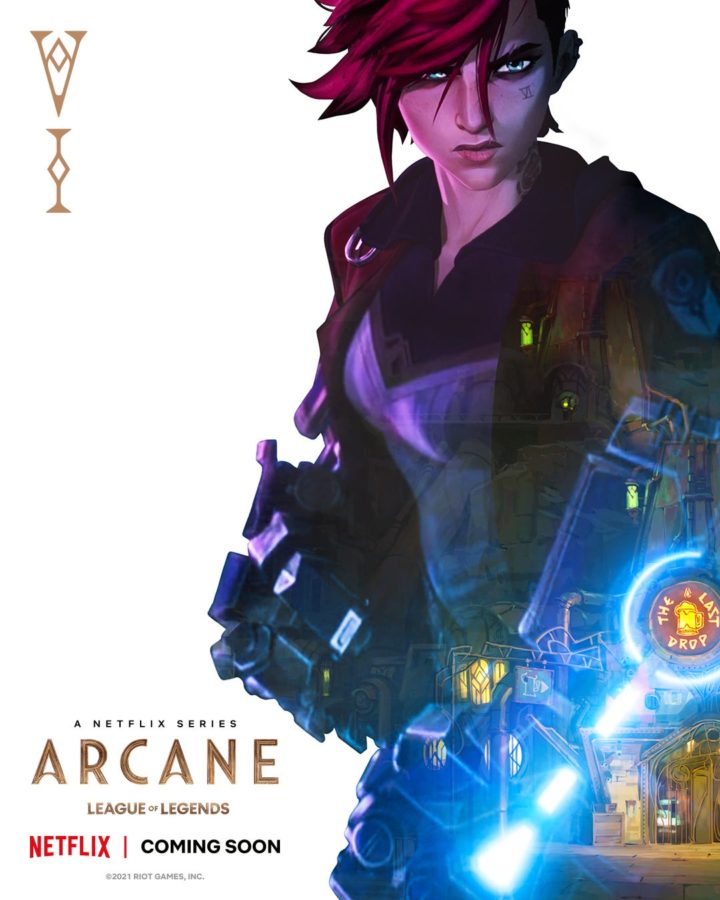 Arcane showcases one of, if not, the strongest female and male characters in terms of making them likable and developed in personality and relations.  Some relationship such as Vi and Caitlyn starts a bit rushed but eventually, it starts to mesh well one with one another as fast friends as we start to feel characters cohesion and dynamic with one another. Characters such as Meldrada and Sevika that once felt secondary or an extra, surprisingly, turn out to be just as likable and developed as the main cast because they all felt integral to certain plots and reveal or add on more depth to key characters and world-building.

I wouldn’t say there’s a villain in this story as the plot as a whole makes it to be a very moral grey area to step in. Silco, who is literally the most villainous-looking character imaginable, is actually sympathetically developed in the pursuit of his goal. He shows a lot of strong conviction and character that’s similar to Thanos, minus the genocide parts, but he turns out likable and even respected in the end. He never came out cartoony or manipulative but realistically earnest in what he desired.

Finally, the main plot and subplots, are both compelling and engaging throughout. The main plot is split in two, Hextech with Viktor and Jayce, Zaun with Vi and Jinx, they both share a similar amount of screen time developing and playing off of one another that none feels like it’s dragging the other down as it made me interested in both at the same time. It doesn’t require a whole lot of in-game lore to actually know what’s going as it’s an origin and prequel story to LoL. I went into this blind and after watching Arcane, I have a good grasp of the world-building, certain items, and political conflict the LoL world is in. Exposition is not pretentious as it does a great amount of showing and telling that it’s never felt out of place or forced learning them. It’s very well-paced thanks to season one being divided into three-act, three-episode each, that it flows well to the next, despite sometimes leaving on an annoying ball-biting cliffhanger that leaves me wanting for more.

If you’re the type of person that enjoys fluid animations, a gravitating story with compelling characters and god forbid League, then Arcane is right up the alley. It has the creative care and passion of Riot dedication for its decade-old game that is welcoming to newcomers as well as perhaps old and returning players. Arcane does not suffer from the mythical video games curse from external studios and development but instead, it sets a precedent of what an excellent video game adaptation is, for that is master class.

Recommendation Level: Essential to your soul!