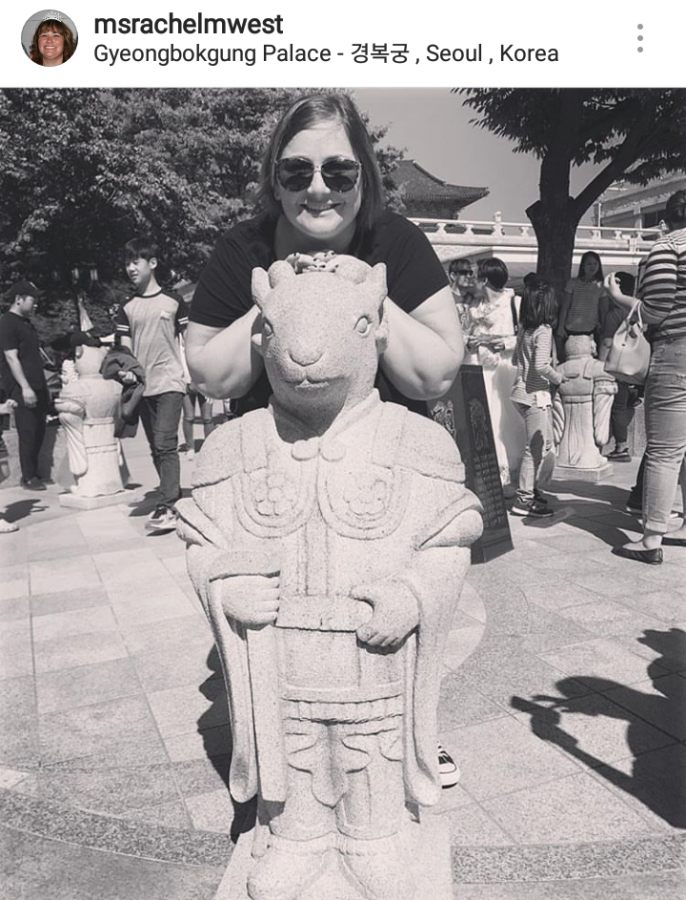 Ms. West was a teacher at Stockton Unified Early College Academy, she taught at the school ever since it was opened but, she left the school at the end May. I chose Ms. West as my influential educator because, she was my journalism teacher for two years, and is the one who made me interested in the photography  aspect of journalism, she is why I am in journalism today. “Don’t ever say that you are just going to get a quote, you are getting a story, a story about someone who matters just like you”. Sh is a teacher who could be completely honest about everything going on in the world, but still make a person feel accepted even if their opinion was completely different. Rachel West was what made SECA what it was, because she was always contributing different ideas, and was the one who even created the rallies at SECA.

At SECA we our journalism class was yearbook, magazine, and social media all wrapped up in one. Over my junior year Ms. West took me and twelve other journalism students to a convention in Seattle, Washington. At first everything was fine with fundraising for convention and everything, but, I soon realized that I wouldn’t have the entire amount to be able to go to convention, so instead of leaving me she covered the rest of the amount with her own money so  that I could go to convention. “On a scale of chicken to beef how salty are you?”, while we were at convention we got to learn a lot and were able to produce our first magazine.

Ms. West, was like a second mom to all of the journalism students, it came to the point that most students were calling her Momma West. While, we were on our convention trip she told us about how she was taking a job offer in China to teach students English for two years. “ I’m so excited but so sad at the same time”, At first everyone was upset because she had been the glue to the school for so long, but eventually everyone was excited for her to start this new adventure. Now, Ms. West is currently visiting the Haedong Yonggung Temple, and I wish her the best on her adventures and appreciate everything she has done for me.