Handing Down the Torch? 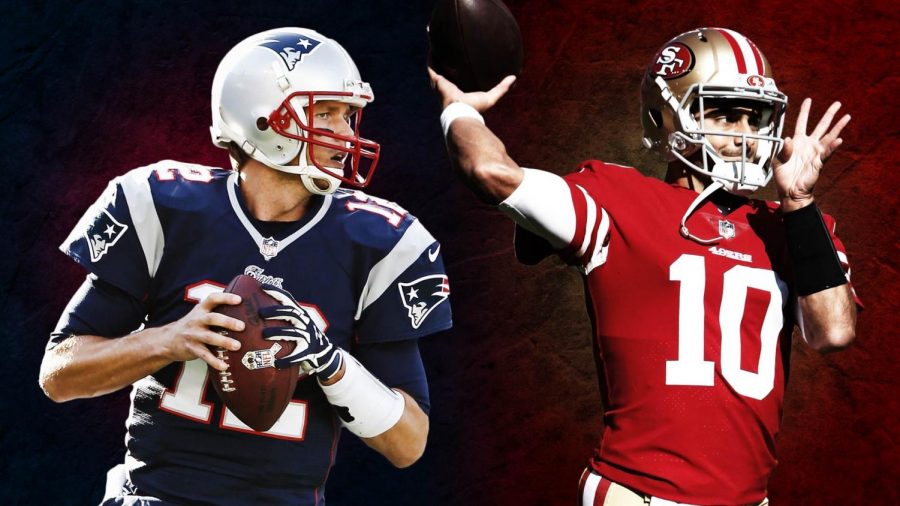 There’s no doubt in mind when people say Tom Brady is football’s greatest player of all time, but who will be the next Tom Brady? Who will be the next GOAT, the next QB1 to lead their team to multiple Super Bowl victories? Why not 2014, 2nd round pick, Jimmy Goroppolo of the San Francisco 49ers? The man who sat in New England and soaked in the greatness from the GOAT himself. the man who waited patiently for his chance and then led the 49ers to an undefeated start and to a superbowl (2019). Jimmy Goropplo is destined to be great.

Jimmy Goroppolo was heavily doubted as soon as he was traded by the Patriots, making him determined to prove haters wrong. He was traded back in 2017 where he played the last 5 games of the season in San Francisco. This is where he previewed his real talent at quarterback. The very next season he tore his ACL and couldn’t play anymore. He took that long year off to work even harder at his craft and game. Then 2019 came around, and Jimmy G was in the best shape of his life. Heavy hatred returned, pressure flooded his helmet, comparisons with Tom Brady started to appear, but Goroppolo was focused. He wanted to be great, so with all this pressure and doubt he led his team to a Super Bowl.

They ended up losing, 20-31. But the it is just the start for Jimmy Goroppolo. He finished top 10 in passing yards (3,978). He also finished with the best passing % at 69%, threw 27 touchdown passes, & had the best QB rating at 102. These are numbers that’ll bring in victories, more importantly Super Bowl. Jimmy G has only gotten to play one full season and he lead his team to a Super Bowl, if he continues to work and build chemistry, there’s no way Jimmy G won’t be the next GOAT.