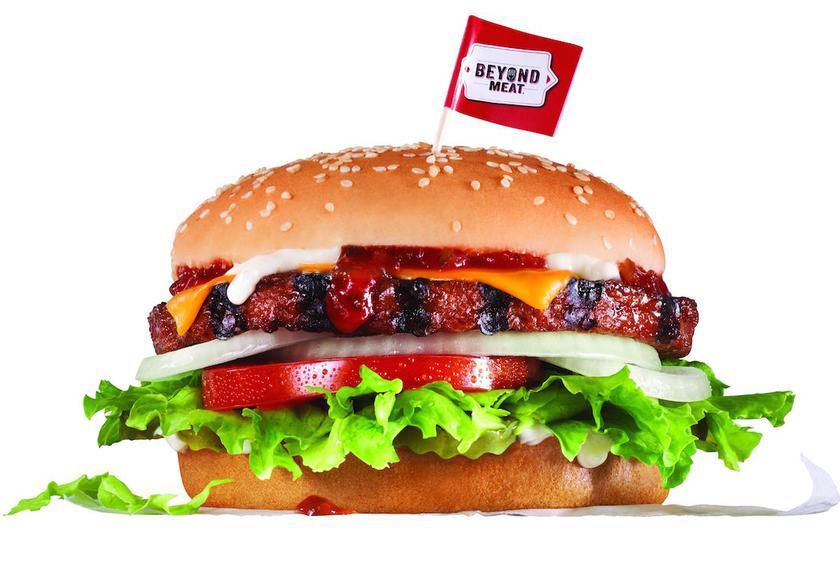 Carl's Jr is giving customers option for their burgers.

Carl’s Jr is mainly known for their huge juicy burgers with thick meat patties, freshly made buns, and real American cheese. Carl’s jr is owned by CKE Restaurants, named after the founder of Carl’s Jr., Carl N. Karcher. The first Carl’s Jr was open sometime in the 1950s  in Los Angeles California. Carl’s Jr. was originally a hot dog stand and later became a barbecue restaurant. The fast food was then named because they were smaller versions of Carl’s original drive-in restaurant. That same year, the chain officially took on the name Carl’s Jr. and the fast-food chain took off.

Now the burger chain is trying to find a new niche; veganism. Carl’s Jr. just came out with a new burger that no customer saw coming.  Carl’s Jr. welcomed a vegan burger with the Beyond Burger Meat.  Beyond Meat is a plant based company that makes soy meat versions of real meat. You can substitute this vegan patty in any burger option on the menu, including the Big Hamburger, which comes with pickles, onion, ketchup, and mustard on a sesame seed bun. The burger without cheese is 100% plant based. Surprisingly the burger was good, I have tasted Beyond Meat before and didn’t like the flavor in the past, but the new updated one from Carl’s Jr. is good.