The New and Improved Chavez Campus 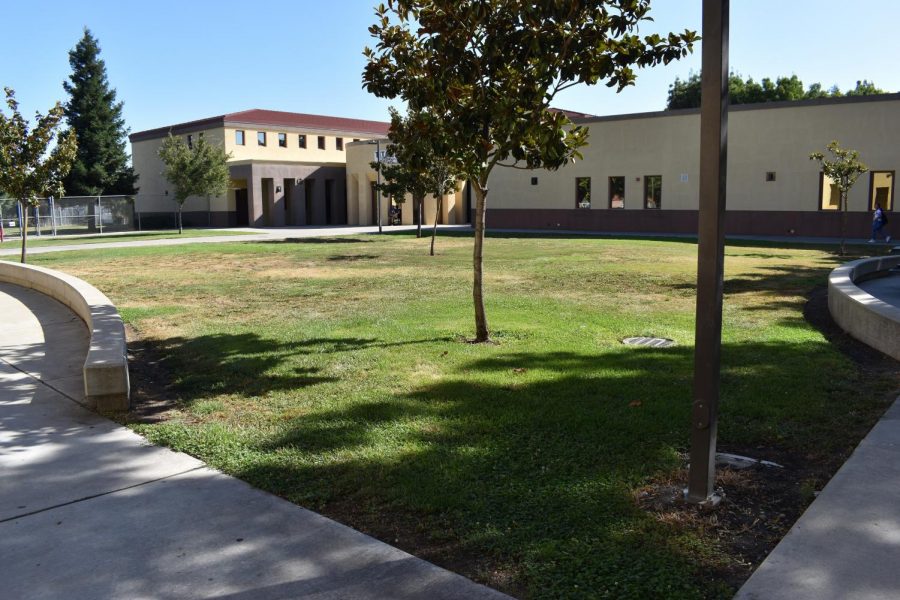 In the last year, one would be hard-pressed not to notice the changes that have been underway at Chavez. The majority of them as a result of the efforts of our new staff member Jimmy Rogers; our head custodian.

From indoor and outdoor paint jobs, the wall repairs, the deep clean in the trophy room, and maintenance across the campus the overall school appearance received a nicely needed boost.  Mr. Rogers came into employment at Chavez eight months ago; though he has been working in the district for 30 years. According to Mrs. Rivera, who has encountered Mr. Rogers previously during her employment at Hamilton elementary. His standard of maintenance hasn’t changed. Even over a decade ago, Mrs.Rivera reports that he was extremely helpful and kept the campus at a gold standard. When asking teachers about their options on our campus for maintenance they reported three main things.

Firstly that this past year the maintenance team has been amazing. Secondly, students are the biggest issue with keeping our campus clean. Lastly that there is very little that has been done about the fly, rodent, and insect problem that plagues our campus; specifically A and E building during harvest seasons of the surrounding orchards.

On the topic of the job our custodial staff is doing Mr. Jimenez described what he had noticed as the new successful changes. He reported that the maintenance team has been incredibly helpful during the beginning of the new year. He also stated that the process to request maintenance is now a relatively transparent one; when in the past it hasn’t always been. He was not the only teacher to report long wait times in the past on classroom repairs. Now during my interviews not one teacher reported a wait time longer than two days. When Mr. Jimenez was asked  about the overall changes on campus he stated “It feels like there’s an effort to keep the campus nice-looking.”

Keeping campus clean is a team effort from everyone that goes here. Summer LaBass

Athena Greenwood also had nothing but good things to say about their efforts cleaning the career center. “They did a phenomenal job.”

When asked about what the biggest maintenance issues on campus Mr.Jimenez broached the second topic, the lack of caring on students parts. Mrs. Rivera pointed out that every morning the school is pristine, but is ruined daily by lunch. Almost every teacher broached the topic of lack of caring on the part of the students with me. What these statements show, is that the biggest issue here at Chavez with campus maintenance is not the custodians; but instead it is the students lack of awareness of what to do with their trash.

In the words of Mr. Jimenez, “Some students are all about it (keeping the campus clean) and some see it as there space to destroy.”

On the third issue with our campus maintenance, the flies and rodents. I have good news to report. Mr. Rogers has recently partnered with Clark pest control to eliminate the pest issues. And because teachers are not allowed to have any type of bug spray and are only allowed sticky mouse traps Mr. Rogers has also been looking into classroom safe environmentally friendly pest control options. Expect the CCHS fly problems to be a thing of the past.