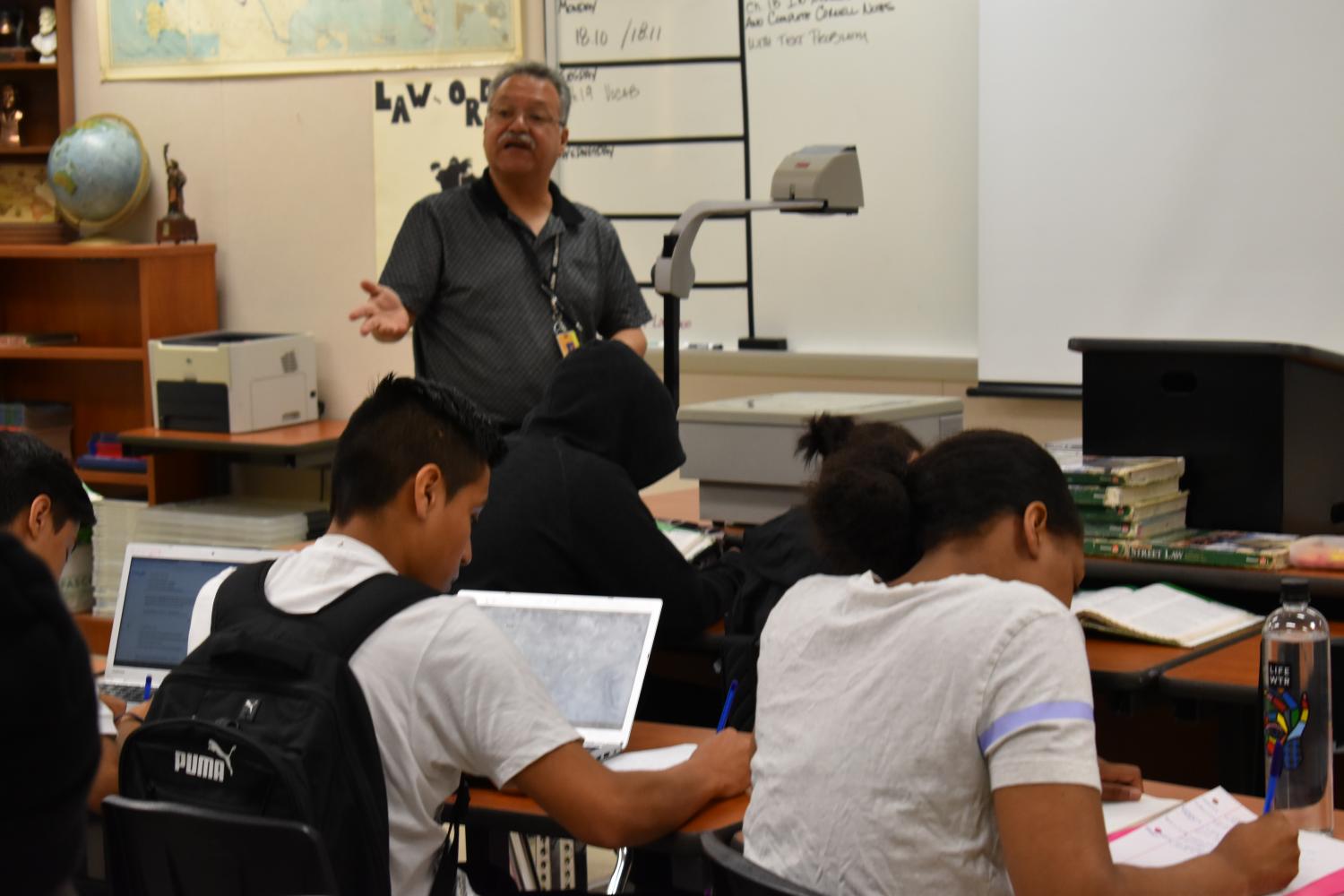 Cesar Chavez High School’s Guadalupe Perez, from the Law & Order SLC, is retiring after a career of over 30 years in education. Mr. Perez has taught a variety of subjects such as: Intro to Law, Geography, World History, U.S History, Administration of Justice, American Government, and Economics, over his 13 year course at Chavez.

Mr. Perez was first inspired to teach when he was young. “I had a seventh grade teacher in middle school who really got me interested in Ancient Greece. Ever since then, I was always attracted to learning about history and explaining it to other kids,” Perez explains. Perez is a homegrown Stockton native and became fascinated with history as a kid when he would visit the Haggin Museum at Victory Park. Perez graduated from Franklin High School and attended University of Pacific, majoring in History and receiving a minor in Photography.

Perez says that his proudest moments as a teacher are when his students come back to visit and explain the influence he has had in their life. He likes to reconnect with his students to see how their lives have turned out after graduating high school. A particular moment in teaching that has stuck with him was when he saw how a student evolved after having her as a student from the seventh grade to her senior year. “I saw her grow from a student who didn’t know what she wanted to do and now she’s a graceful young lady.”

Perez states that the biggest challenges he had faced teaching are the changes that occur in curriculum and most of all, technology. “There’s a youth-addiction with cell phones right now that’s hard to break. I don’t know what’s going to happen to schools because it’s becoming more and more of a problem.” Students who have had Perez are all well-aware of Mr. Perez’s annoyance with improper cell phone usage.

Over his 13 years at Chavez, Perez has seen a lot of changes amongst Chavez students. “I see a lot of kids who find out what they want to do earlier and they focus on that area. I don’t see that many people following the crowd. [Students] find their spot in what they want to do and they pursue it. I feel peer pressure has diminished .. it’s not everyone following the group. Some people are just learning to do their own thing, which is great. The bad thing is that students don’t realize until it’s too late – [their] junior or senior year, that they can’t afford to fail classes.”

Mr. Perez plans on spending his retirement traveling with his wife, who is also retired, on road-trips, taking up on his photography hobby, and is pursuing to become a museum docent. Perez plans on staying in Stockton for a few more years, but wants to relocate to Hawaii, his wife’s home-state. In ten years, he says, half-jokingly, that he hopes to “be in Cancun, having a margarita, after visiting the Pyramids.”

When asked about what Chavez students have taught him over the last 13 years, Perez answered with one word, “Resilience.”