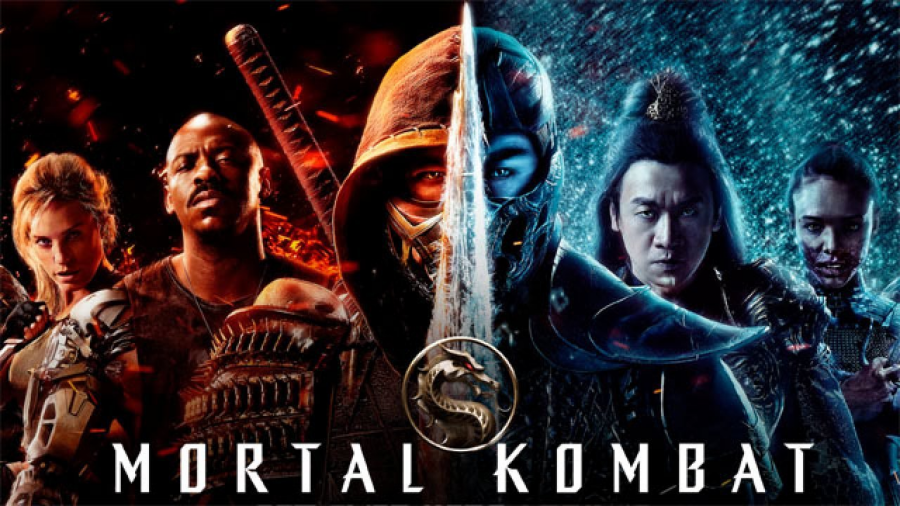 Mortal Kombat (2021) has just released on April 16th, 2021 exclusively on HBO Max until May 24, but can be watched in the theatre as well. It’s directed by Simon McQuoid who’s best known for making commercials for Playstation and Beats by Dre and this is Greg Russo’s first screenplay supported by David Callaham who’s known for Wonder Woman 1984 and The Expendables series.

The plot itself is rather straightforward and not too complicated from the original Mortal Kombat games and served as a reboot or separate entity from the game. The focus, however, is not on the Mortal Kombat tournament, even though it was set up similarly to the game, but rather it instead focuses 85% on the preparation and practice for the tournament itself.

When the tournament finally happens at the end, it ends up not being much of a tournament at all, but rather more like several unorganized, albeit fun fights, strung together at the end without an audience or overseer or any rules whatsoever. The film ignored the tournament almost entirely and did its own thing with rule-breaking and ‘invading’ into Earthrealm by Shang Tsung which was the focus of the second act of the film. The second act was paced in a fickling way that it didn’t know where to go with itself.

If you are new to or have barely played any Mortal Kombat games, you would understand the gist and somewhat enjoy all the characters except for the main protagonist Cole Young and the antagonists. Characters like Sonya and Liu Kang are represented and cast pretty well to the source materials with character design and mannerisms but are flat for the most parts. Kano is the main spotlight and comic relief that iron out the dull moments of the second act and other characters.

The antagonist characters immediately fall flat, especially ones that showed after the midpoint with no explanation or any dialogue at all and served as window dressing. Shang Tsung and Sub Zero/Noob Saibot are serviceable, but not a whole lot of screen time or characterization to really engage about their evil scheme of taking Earthrealm.

Cole Young is a new character that never existed in Mortal Kombat before and definitely the blandest and easily forgettable character of the film. Despite being the focus for most of the film, he doesn’t harness any charm nor weight to the whole story with the exception that he is related to a special fan-favorite character, and it is not Johnny Cage as he is not visible at all.

The fights are what make up the whole film as it is violently fun, brutally bloody, and well-choreographed which gives me that Mortal Kombat feeling. It utilizes the environment and fighter’s ability in a very visually pleasing way thanks to the near-seamless digital effect.

The film soundtrack during fights isn’t too horrendous but very generic that it doesn’t particularly fit in some scenes. Most fights can be enjoyed without context, but lack much emotional weight and some of them don’t make sense story-wise.

If you’re a Mortal Kombat fan or have avid knowledge of it, then easter eggs and game reference will be quite a tickle. Lots of it is shown directly, but not jarring that it breaks the subtleness. The quips and famous lines between and during fights feel cheesy, but in a good way that you can’t help but smile.

Mortal Kombat (2021) is a film that’s half faithful to the source material and tried its own thing, but ended with an uneven focus with a jarring unemotional pace in the second act. It’s very enjoyable and visually engaging in bursts with fights and some character moments. If you are a newcomer to Mortal Kombat, it would only scratch the surface with little explanation and as a fan of Mortal Kombat, I am left wanting more and better of it.