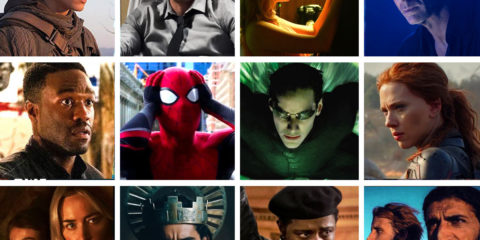 Wrong Turn: This is the next installment of the 2003 film “Wrong Turn” and is set to release on January 26, 2021. The film will focus on a group of hikers that chose to leave the trail even though there are warnings. At some point, the hikers will cross into a hidden community of mountain dwellers. Like in the other films the mountain dwellers will use deadly means to protect their way of life.
The Suicide Squad: Is the second film to Suicide Squad from 2016 and is written and directed by James Gunn that wrote and directed the Guardians of the Galaxy series. This film will have a few characters and actors from the first along with a few new ones. With Margot Robbie returning to her role as Harley Quinn. This film is set to release on August 6, 2021.
Venom: Let There Be Carnage: This is the second installment to the 2018 film Venom and will be released on June 25, 2021. This film is directed by Andy Serkis and will star Tom Hardy in his role, Eddie Brock, once again.
The Matrix 4: This is the 4th installment of the sci-fi action film series The Matrix and is directed by Lana Wachowski. The film will have Keanu Reeves coming back for his role as Neo once again and Carrie-Anne Moss returning as a trinity.
The Conjuring 3 The Devil Made me do it: This film will go over the trial of Arne Cheyenne Johnson, this was the first time in U.S. history that a murder suspect had made a claim of demonic possession as a defense. The story will follow Ed and Lorraine Warren and their paranormal investigation in this case. This film will go from a young boy fighting for his soul to something the Warrens didn’t expect to see. This film will be released on June 4, 2021.
Sherlock Holmes 3: This film will continue the Sherlock story from the previous two films and will have Robert Downey Jr. returning as Sherlock and Jude Law as Watson. This film will be released on Dec. 22, 2021.
The untitled Spider-Man film: This film is a Far From Home sequel and will be the 27th film in the MCU series. This film’s release date is December 17, 2021, and as of now, not much is said about the title or main story. Some main stars will be returning to their roles like Tom Holland, Zendaya, and Jacob Batalon. At least two cast members appeared in older Spider-man films like Alfred Molina and Jamie Foxx, and they will be playing the same roles as their previous spidey films.
The Fear Street Trilogy: Fear Street will be a film trilogy set to come out from mid to late 2021. These films are inspired by books written by  R. L. Stine with the same title. The films will be directed by Leigh Janiak and will be released on Netflix with each film’s date being one month apart