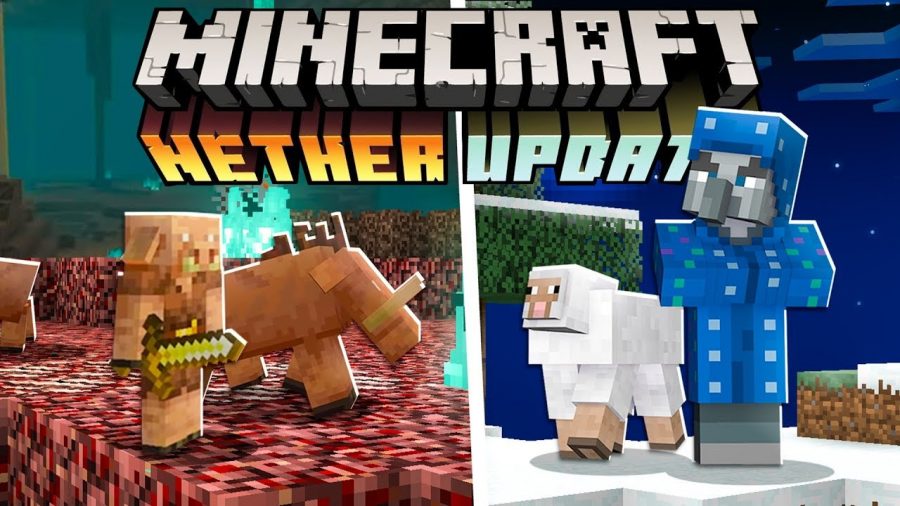 Minecraft, the best known game around the globe, has released its 1.16 update on June 23, 2020 and had a recent update on August 11, 2020, which had minor additions. This update mostly features huge changes to the Nether.

What is the Nether? It seems to be another dimension other than the Overworld in which is the “normal” world that you spawn and play in. When using obsidian blocks and placing them in a certain way and lighting up with “flint and steel”, it creates a portal to the Nether. This dimension is filled with phenomenal creatures. “The Nether is a hell-like dimension and biome that is linked to the Overworld via Nether portals. It is filled with rugged terrain, fire, seas of lava, columns of lava, Netherrack, unique ores, and unique hostile mobs.” says the Minecraft Wiki.

For Minecraft players, this was already known to be a dangerous place in the game. For many years, this place has never changed – its blocks, its creatures, its environment. Until recently, Minecraft has finally released an update on this area of the game.

So what did change? In the Nether, it used to be just one biome, unlike the Overworld which has the Plains, the Forest, the Jungle, the Mountains, the Desert, the Taiga, the Snowy Tundra, the Swamp, the Savannah, the Badlands, the Beach, the River, the Hills, the Ocean, as well as the Mushroom land. The Nether now has five biomes; the Basalt Delta, the Crimson Forest, the Nether Wastes, the Soul Sand Valley, and the Warped Forest.

Some of the Overworld creatures are also put within the Nether biomes, including some new mobs; Piglins that you can barter with, Hoglins that are hostile monsters and will literally go after you to attack, and Striders who are passive creatures that can swim in lava. And remember the Zombie Pigman? They are now called “Zombified Piglins.” Along with them, are the Zoglins, and they are basically a zombified Hoglin, but are passive. A new ore was added as well, and it’s called “Netherite.” For those who thought diamonds were the strongest in Minecraft… Netherite is now the strongest ore. Good luck finding it in the Nether though as it is the rarest and most dangerous to mine.

Other features were added in as well. There is a new music disc with a new enchantment. There is also crying obsidian. With crying obsidian, you are able to craft a way to respawn in the Nether right away, rather than to respawn back in the Overworld. There’s also soul fire, which is regular fire, but blue. Another new addition is an item that allows you to ride on a Strider which is called “Warped Fungus on a Stick”.

With all of these big changes coming to game with a cult following developers sometimes worry that they may have went too far, however most everything they added has been accepted by the majority of the fans. Lots of comments came from reddit after the update was released. Username “VanDamonFire” commented, “I liked mostly everything. I personally think that the netherite should be just as rare as it already is or rarer than it already is because it’s such a good set of tools/weapons/armor.”

Another reddit user, Username “YoinkiePoo”, has said, “I love the new Netherite armor and tools in the game, that is also better, and looks so much cooler than any other armor or tools in my opinion.”

Many of these reddit comments were making jokes about the new ore. From “Tedward80”, “The new era of Netherite begins.” And someone with the Username “RazorNemesis” replied with “Diamond: I used to rule the world…” Also, Username “hdhsizndidbeidbfi” stated, “This is one hell of an update.”

And as the reporter of this review, I also had some experience in playing the game and would like to share some of my views on it. Growing up, I played Minecraft, and for years, the Nether was always the same – same biome, same creatures, same blocks and ores. When I saw the release of the update, I was shocked and went straight to the game to see it. I was amazed by the new environment of the game. It was like something fresh was made again, and I was impressed with the major changes. I believed that these changes have improved Minecraft a lot.

Update 1.16 seems to be a great success. Everything about the update and the major changes with the Nether have made a huge impact to those who have been playing Minecraft for a long time.

A Youtube Review can be found in the video above.