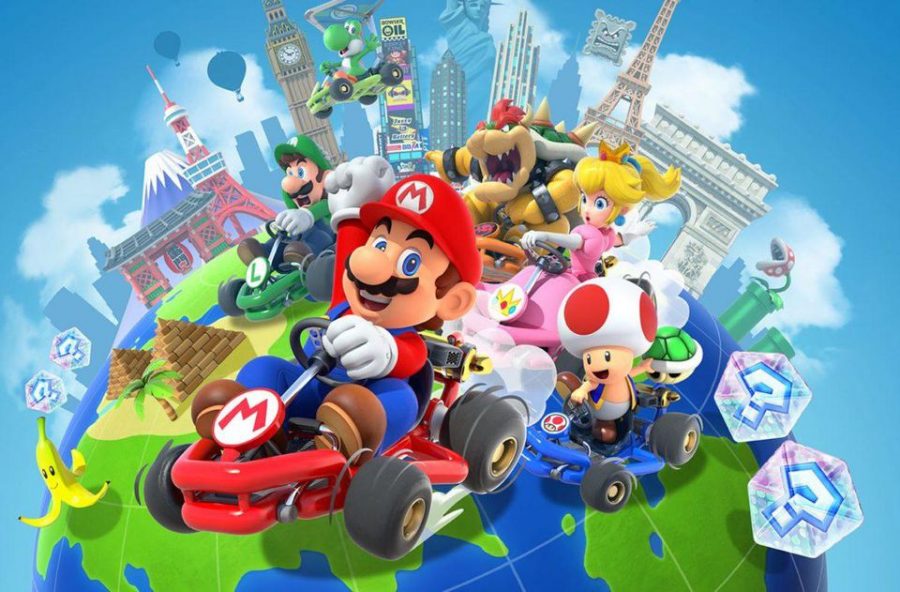 If you haven’t been living under a rock, you probably have already heard about Nintendo’s latest mobile release, “Mario Kart Tour.” The mobile game has received a lot of attention due to popularity of the original Mario Kart franchise, but partial reason is due to the large amount of potential this game can offer if executed correctly. Mario Kart Tour is a mobile version of Mario Kart, a Nintendo racing game which is based around the whole Mario franchise. Mario Kart has been on all Nintendo consoles, so making a push towards the mobile game franchise will prove to be a huge play for Nintendo. Upon release, I have found things that can be seen as positive and negative aspects of the game.

The idea of Mario Kart being brought to a platform in which majority of people own will almost guarantee an active player-base. Queue times are ten seconds at longest, and matchmaking will almost instantly pair you with players from around the world. Connection issues are rare as long as your connection is stable, which is very important for multiplayer games.  Another cool addition to the game was the ranked system which allows users to compete and compare scores between friends or a twenty-player bracket. Even if you are free-to-play, placing first in the twenty-player bracket will allow you to earn up to 20 rubies (equivalent to $10.00 in-game.) With such a rewarding prize, you can expect to have competitive weekly brackets. Besides the ranked system, the controls are fairly easy to get a hang of with enough practice. The two control choices, Manual Drift and Gyro Handling, offer a lot of room for players to learn new play styles, which will allow for a more diverse lobby. Currently, there are only 20 characters available in the game, but there will most likely be characters added later in during summoning events.

Although Mario Kart Tour is free on all mobile devices, there are a TON of microtransactions. Not only that, but they even implemented a monthly-payment pass which allows you to unlock rewards such as exclusive karts, characters, and gliders. With the addition of these microtransactions, the ranked ladder was also affected since players are basically allowed to buy rubies in order to obtain legendary items. These will allow you to gain more points and combos in comparison to a free-to-play player. Maps can be seen as repetitive since cups are basically just reversed versions of maps with added ramp and boost locations. Coins are a pain to gain, with an average of 20-30 coins per race if you place in first. There is also a way to get more coins by doing this mode called coin rush, where you can get coins, but of course it cost rubies in order to do so. The only thing worth buying in the coin shops are legendary items, but you would have to save for weeks or months, just to be able to buy one.

However, despite these issues, I can see Mario Kart Tour becoming a promising mobile-game to play in the nearby future. Looking past the pay-to-win aspects, the gameplay mechanics are very fun to past time with, and will probably become even better once Multiplayer is implemented for friends. If you haven’t played any Mario Kart game before I would recommend downloading it and trying it out.