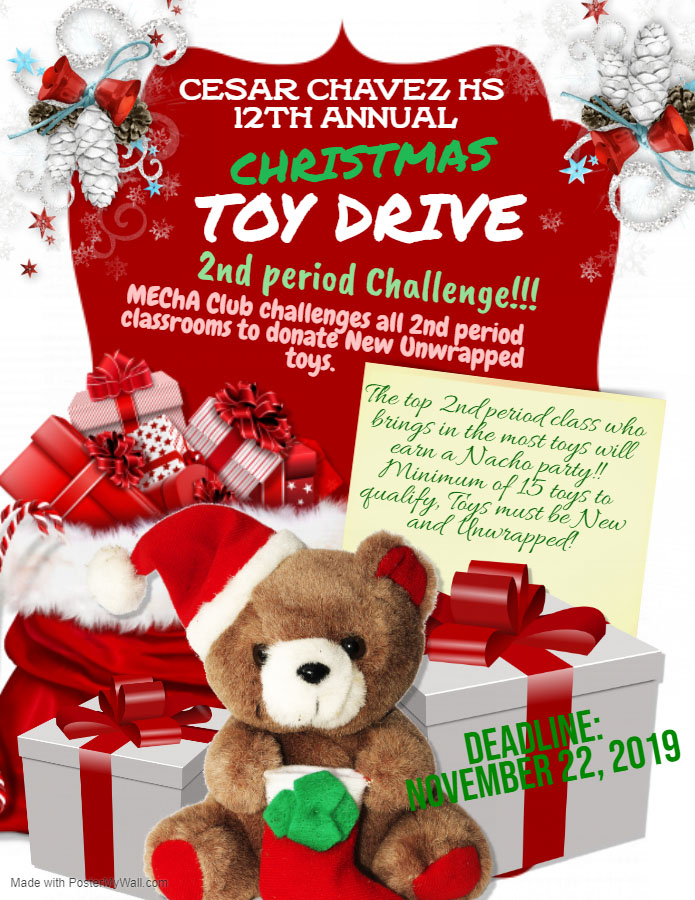 Cesar Chavez Mecha Club’s 12th Annual Toy Drive will be coming up on November 11 to 22, 2019.  Flyers will be passed around to the school and to all classes. During the toy drive this year Mecha will be having a contest with whoever has the most toys donated, minimum of 15 toys for eligibility. To get even more toys Mrs. Jackson added the feeder elementary schools this year as well. Those schools are: Bush, Rio Calaveras, Peyton, Hong Kingston, August, Harrison, Pittman, Kennedy, Ansel Adams, Madison, and Victory.

The class that wins with the most donated toys will get the prize of a Nacho party, and for overall the classes from the participating feeder schools that wins will get a pizza party and a special performance by the Chavez Titanettes dance crew on December 13. Toy drives held at Walmart are on November 30 and December 7, 8:00 AM to 1:00 PM with entertainment and face painting. The final Toy distribution will be on December 14 at the CHP warehouse.